Welcome daydreamers, romantics, idealists, star-gazers, escapists, theorizers, and whoever stranded on this page. Currently, you are on a web page that started out as a platform on which a housebroken houseplant, with complex emotions, could share its ramblings, thoughts, and perspectives.

Whether anyone would read the letters, words, or sentences that were forged together didn’t matter. Spaceutopian.com saw the light of day in 2014 without any real sense of direction. Despite the lack of chlorophyll, this (in)sentient being was smiling. Grateful for all those who took their time to read and digest the posts. Happy days. However, the lone wolf never got around to producing large quantities of literary perspiration.

Occasionally a random text found its way to this platform. Nevertheless, an inexplicable itch kept annoying this warm-hearted introvert. It nearly went mad. This pet-project had to stay afloat. Deep down inside, this loner knew that it wanted to make people smile. Spark their imagination and creativity, or even inspire them to take a long hard look at their own lives. Preferably with words. So to catch the eyes of the sea of people surrounding this wallflower, in a noticeably and straightforwardly manner, it came up with #SpaceUtopian slap-tags. Contemporary, playful, and wordy sticker-art, designed for the streets.

Rarely this brooder fully comprehends what goes on in his mind. But it kept on dabbling in the societal rat race. On one of the houseplant’s journeys across the sun, it had an epiphany. Enter Cicero’s spark: ‘Non nobis solumn nati sumus.’ For those who, like this chlorophyll-wannabe, aren’t fluent in Latin: ‘it’s not only for ourselves that we are born.’ A cranial-nuclear-crisis occurred after reading these words. The belief that all beings are interconnected resonated with the fantasizer’s gut feeling. All of the souls roaming this planet are stuck on the same spherical spaceship. With which they float aimlessly, during their lifetime, in the immense, dark, and mysterious Universe that surrounds us. Add the idea that one person can change the world into this mix of notions, and you have a recipe for a powerful exothermic reaction. Boom! Mind blown, enter: ‘enlightenment.’

In a nutshell, every being is traveling through space, it’s also safe to assume that everyone has a desire to be happy. Hence, if one can believe that very few have a problem with a perfect society, you could state that many beings are ‘Space Utopians.’ The gray-matter-melt-down led to the website’s new direction: induce a similar epiphany among the billions of lost roaming souls out there. Get them in touch with their inner ‘Space Utopian’ by using witty sticker art, social media, and the occasional missives on this website.

So, kick-start your ingenuity as well as the imagination of all those colorful personalities. People who, in all their loneliness, want to live in a more just, healthier, and less violent society. All those diverse tempers who wish to leave a better world behind for future generations. Souls with ample potential for goodness, miss the small spark that they need to ignite themselves to shine and radiate for the rest of their lives.

Share the #SpaceUtopian sticker idea if it resonates with your beliefs. Join forces with this hermit, strategically place some stickers, and pass on that spark, which many citizens of the world desperately need. Let’s create a voluntary, generous, pacifist militia of empathetic, creative, and kind souls. A flourishing division of ‘Space Utopians‘ that can lead the way to Utopia. Changing the world one sticker at a time! 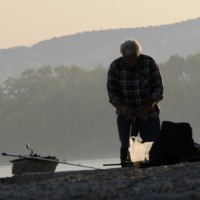 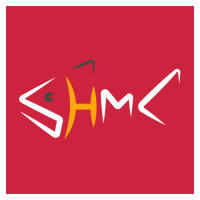